Today, I’m featuring an interview with the bestselling cozy mystery author, Elizabeth Spann Craig. For those of you who enjoy reading cozies, many of you will already be familiar with her series—the Myrtle Clover mysteries, the Southern Quilting mysteries, and the Memphis Barbecue mysteries (under the name Riley Adams). She’s also at work on a fourth series—the Village Library mysteries—which I’m really looking forward to reading cause libraries and cozy mysteries go really well together, kind of like peanut butter and jelly.

Elizabeth is also well known within the writing community as a go-to resource on all things writerly. She publishes a helpful blog with general writing tips and tricks, as well as detailed posts on the ins and outs of writing and publishing cozy mysteries. She also curates writing links on Twitter and sends out a weekly Twitterific round-up.  And if that wasn’t enough, she also takes time out of her busy schedule to act as a judge for the annual Insecure Writer’s Support Group (IWSG) anthologies. (As an aside, submitting a short story to one of the IWSG anthology contests was how I got my start writing.)

So, without further ado, let’s get into it and find out what Elizabeth has to say about writing, cookies, and penguins.

1 – What inspired you to write your books?

I’ve always been a huge fan of Agatha Christie’s books, and then M.C. Beaton’s books (especially her Hamish Macbeth stories).  I’d always wanted to write and decided that it would be easiest for me to write cozy mysteries, since I enjoyed reading them so much. My first series was the Myrtle Clover series and Myrtle was a mishmash of different people…mostly my grandmother and her strength, razor-sharp mind, quick and intuitive impressions of people, and her clever sense of humor. I also incorporated my past experience of living in a small Southern town.  All the pieces were there and I just had to put them together.

2 – Do you have any writing rituals?

I never really know whether to call what I do in the morning a routine or a ritual!  I think it’s pretty much muscle memory and not cool enough to be a ritual.  I get ready in the morning, go downstairs, let the corgi out and feed him, fix some coffee (decaf, sadly, now) and then open my laptop and start writing. I’ve done it so often that it feels very natural and seamless.  But I’d rather say that I do something interesting like light a candle or meditate or read inspirational quotes!

Naturally, they’re both really crucial. But, as a reader, I’ve read plenty of books where I enjoyed the characters and wasn’t as interested in the story.  I rarely finish a book where the story is interesting but the characters aren’t.  So, for me anyway, character is more important than plot.  I also think that it’s easier to fix plot than characters. If you have your characters downpat, you’re in great shape.  If your plot isn’t any good, there are many resources out there to help you make it better. It’s tough to fix flat characters.

The best thing about being an author is creating every day. Every day I get to wake up and make something.  It’s like living in Mr. Rogers’ “The Neighborhood of Make-Believe.” We create these little worlds and their inhabitants. It’s a really exciting process, when you think about it.  As far as what I enjoy the least, I don’t think I’m alone in listing promo.  🙂  That’s why I make my promo efforts as subtle as possible. My strategy has always been to build connections and to create visibility through a consistently-updated platform.

People don’t like cookies?!  Can’t imagine! I like chocolate chip cookies: mostly the chewy type and not so much the crunchy ones. But I don’t bake them myself.  Fortunately, there are people who specialize in that sort of thing and they work at the grocery store deli.  I’m terrible at baking.  I either get distracted, am too impatient to measure properly, or mess up some aspect of the chemistry involved in the process.

6 – A penguin walks through your front door wearing a sombrero. What does he say and why did he come visit you?

I think he tells me that he took a wrong turn at Albuquerque.  And then he says that he has an idea for a book, but he wants me to write it.  He wishes he had time to write. And read.  And perhaps he’s curious where my ideas come from.

7 – What else would you like us to know about you?

That I don’t get out much, but when I do, I’m collecting ideas for stories and characters. That I can promise  that doesn’t take a lot of time to write several books a year if you set your bar low and write consistently.  That I’m trying to read as much and as widely as possible because I’ve found that it really informs my writing, even though I don’t read the genre that I write. And that I have a really bad habit of trying to convince everyone I meet that they should try to write a cozy mystery because it’s so much fun. 🙂  So you’re lucky that you already write them, Ellen!  As for everyone else…why not give it a go?

Thanks so much for being on the blog, Elizabeth! I loved your answers, especially the one to the cookie question. I’m a big fan of chewy chocolate chip cookies too. 🙂

She blogs at ElizabethSpannCraig.com/blog , named by Writer’s Digest as one of the 101 Best Websites for Writers.  She curates links on Twitter as @elizabethscraig that are later shared in the free search engine WritersKB.com. Elizabeth makes her home in Matthews, North Carolina, with her husband.  She is the mother of two.  To receive a free ebook, updates, and recipes, sign up for her newsletter at http://eepurl.com/kCy5j . 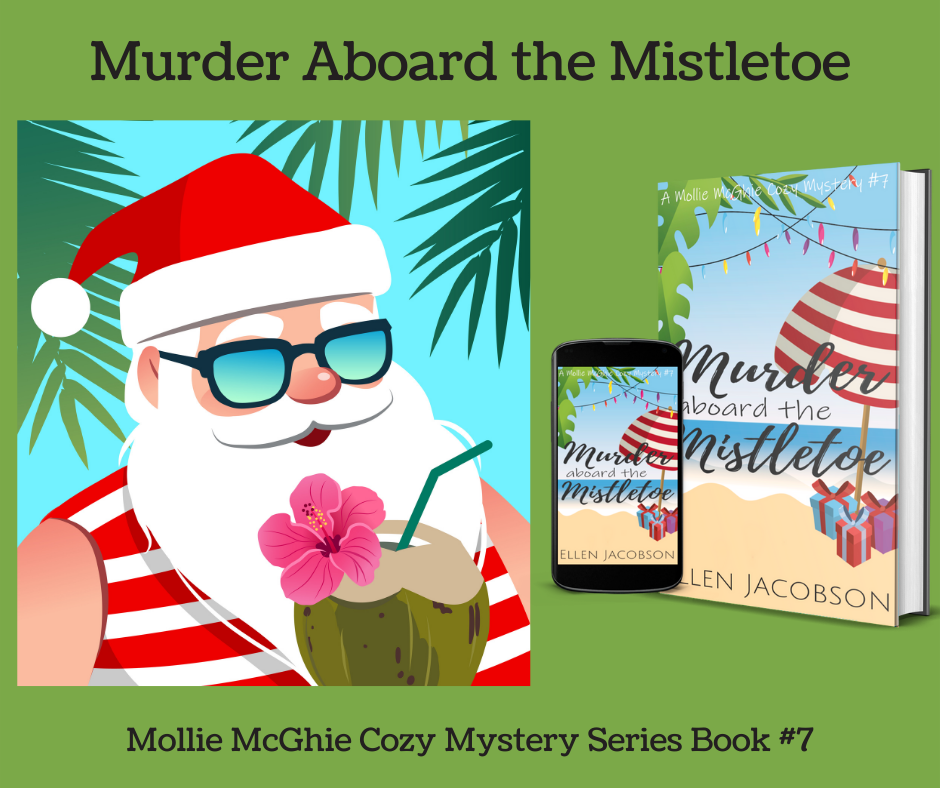