It’s a pleasure to be participating in author Yolanda Renee’s MURDER, JUST BECAUSE Blog Tour through MC Book Tours today.

The author is offering an awesome tour-wide international giveaway including a $25 Amazon Gift Card! More information on the giveaway is listed below.

1 – What was your hardest scene to write?

Every scene where Stowy Jenkins is at his worst. It took me forever to do more than tell in as few words as possible what he was up to. It will be a long while before I write such an antagonist again.

2 – What makes you run screaming?

It used to be spiders, but now I just squish them. Snakes, especially when they crawl out from under the chair you’re sitting on. Which happened and yes, I did run screaming! Which I continued to do until the beast was gone! I did not sit on the porch or in that chair for a very, very long time!

Now it’s viruses–such as COVID-19. Except there’s nowhere to run. That’s the scariest of all.

3 – You’re about to be dropped in a remote spot for a three-week survival test. Where would you go? What three tools would you take?

The Brooks Range of Alaska, a high-mountain cabin next to a creek with grayling. Camping gear and my laptop so I can keep writing.

4 – If you had the opportunity to live anywhere in the world for a year while writing a book that took place in that same setting, where would you choose?

Paris, of course. It’s always been my dream location, but a year may not be long enough. 😊

5 – If you could tell your younger-writing self anything, what would it be?

Never, ever leave Alaska. What you search for is there. All my books have been set in Alaska and while I live on a beautiful beach, I would trade all that to live in Alaska.

About Murder, Just Because

MURDER, JUST BECAUSE
by Yolanda Renée

“While this book does contain explicit sexual language and graphic violence, it could easily be taken from the daily headlines. The content is plausible and realistic as we look at the world around us. The events in the book are not overly done but give a pragmatic look at the terrifying actions killers can and sometimes do take.”

It was a matter of beginner’s luck, but rookie detective Steven Quaid’s career and reputation as an elite investigator skyrocketed when he captured one of the most sadistic serial killers in Alaskan history: Stowy Jenkins, AKA the Snowman. But that was ten years ago.

And now…Jenkins is back. Escaped from prison and on the move, his bloodlust is stronger than ever, and his methods of torture are even more horrifying than before. As his bloody rampage continues and the number of mutilated bodies mounts, terrified Alaskans increasingly doubt Quaid’s ability to catch the killer again. The detective’s reputation is on the line, and he’s going to need a lot more than luck, because this time, Jenkins is driven by more than the thrill of a random kill.

This time, it’s more personal. He’s out for revenge…and his ultimate target is Quaid. In a deadly game of cat-and-mouse, Jenkins starts picking off the people in Quaid’s life…slowly, gradually tightening his circle of corpses and drawing ever closer to the most important person in Quaid’s life…his wife. Can Quaid do the impossible again? Can he outmaneuver the killer, or has the detective’s luck finally run out?

For those who aren’t familiar with the author, here’s a bit of background on her in her own words.

At one time Alaska called to me, and I answered. I learned to sleep under the midnight sun, survive in below zero temperatures, and hike the Mountain Ranges. I’ve traveled from Prudhoe Bay to Valdez, and the memories are some of my most valued. The wonders, mysteries and incredible beauty that is Alaska has never left me and thus now influences my writing.

Despite my adventurous spirit, I achieved my educational goals, married, and I have two handsome sons. Writing is now my focus, my newest adventure!

For more on Yolanda and her writing, you can connect with her here:

To enter the giveaway, just click on the Rafflecopter widget below and follow the instructions. The widget may take a few seconds to load so please be patient. If the widget doesn’t show up, just click HERE and you’ll be directed to the widget.

Thanks for stopping by and be sure to follow Yolanda on her week-long tour HERE. You never know what you might find out. Do you enjoy watching a character grow from one story to the next?

17 thoughts on “Murder, Just Because by Yolanda Renee: An Author Interview Plus a Giveaway!” 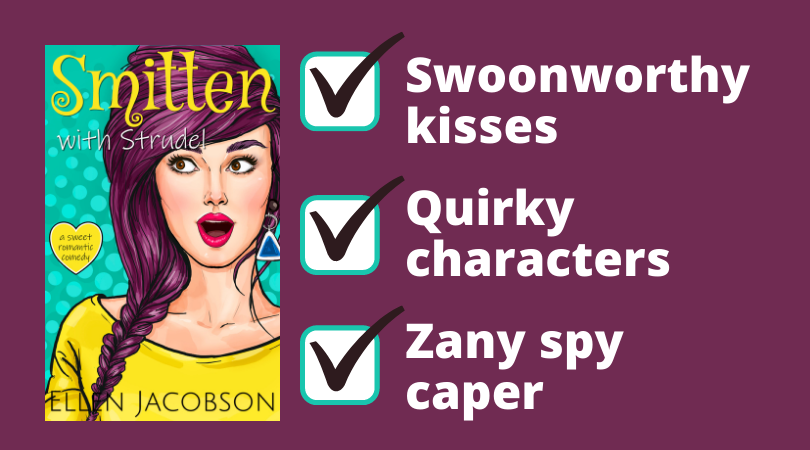 Grab your copy of the latest Smitten with Travel romcom HERE!